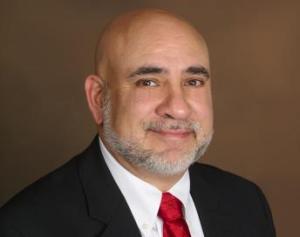 Michael was born and raised in Brooklyn, New York, but soon after his 18th birthday left the familiar surroundings he grew up in for the United States Air Force. The Air Force felt Michael was best suited in electronics career field and he found himself maintaining the F-4 Phantom at Homestead Air Force Base, right here in Homestead Florida in the early 1980s. After his first duty assignment Michael was given the opportunity to train into another field and he found himself maintaining Satellite Communications Facilities in New Hampshire, Nebraska, and Italy. After almost thirteen years with the Air Force (after seven stateside assignments and two tours to Italy, with assignments to Germany, Turkey and Greece) Michael decided that the civilian sector may be more appealing. Upon his Honorable Discharge from the Air Force Michael decided to come to South Florida instead of returning to his hometown of Brooklyn. He continued to work in the electronics field and eventually became an accomplished Avionics Technician, first with Raytheon, at Fort Lauderdale International Airport and then with Banyan Air Services at Fort Lauderdale Executive Airport.

However, there came a time when Michael made the decision to change his career path. As he had received his Bachelor’s Degree from Peru State College in Nebraska, while assigned at Offutt Air Force Base located in Omaha, Nebraska, he felt his best option was to attend law school. Michael started with Nova Southeastern University in the Fall of 1999, attending classes in the evening.  From the outset Michael choose a curricular that would best prepare him to later practice Family Law, as it was his desire when he began Law School to one day practice in that area. He graduated in December of 2003.

After Graduation, Michael began practicing in South Florida and has continued to focus all his efforts in practicing Family Law, as he believes that not only is it important to offer the client the most effective legal representation possible, but the most compassionate as well. Michael has been serving client and growing his Family Law practice since 2004. Understanding that in many cases this is a traumatic experience because he himself has been though divorce and has experienced the daily stress factors that everyday working family goes through when a dissolution is looming. Michael not only brings to the table his experience of practicing only Family Law since July 2004, but his real world experience as a husband, a father, a grandfather, a military man that served his country and an average Joe that has worked tirelessly to support his family.

Michael was also an Adjunct Professor with the Children and Family Clinic in the same school that he graduated from, Nova Southeastern University from 2007 until 2015. 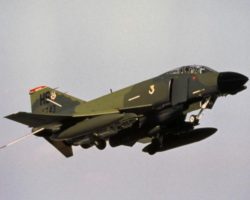 My first three years with the Air Force I fixed these "Pigs." An endearing term. 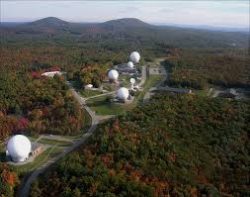 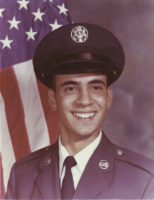 I can't remember being this young. 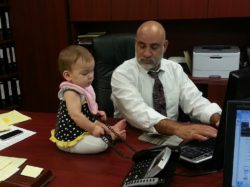 My little helper would visit from time to time. She still does. 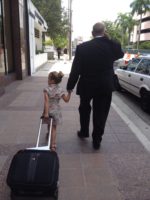 My Granddaughter, when younger, would ride on the back of my rolling briefcase. 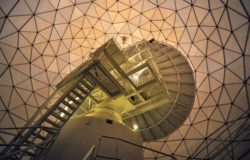 New Horizons Law is back in the office! We have recently closed our virtual location on Heron Bay Blvd and have moved to 2855 N. University Drive, Suite: 200, Coral Springs, Florida 33065. Call Us Now!